The Hunting Hills Tennis Program is designed by our two USPTA certified professionals, John Barker and Steve Gallagher, to accommodate all age and ability levels. Our Tennis Professionals conduct adult and junior clinics, offer lessons (both group and private, including video instruction), and an outstanding junior program. In addition, they organize and direct many tournaments including the American Heart Association Tournament and several USTA sanctioned events. 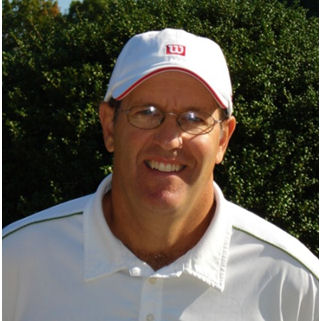 John is a USPTA Certified Head Tennis Professional and Lifetime USTA Member. He came to Hunting Hills in 1987 as an Assistant Pro, and has been the Head Professional and Director of Tennis since 1991. He graduated with honors from Radford University wher he played NO.1 his senior year on the Division I Men's Tennis team. He has coached many top college level players and has taught the best tennis player ever to come out of Roanoke, K.J. Hippensteel, who reached a career high #150 world ranking. John has continued his own playing career and has received the Mid-Atlantic USPTA 35 and Over Player of the Year three times, most recently in 2006.

Thomas is a 25-year old, USPTA Certified Teaching Professional with four years of professional experience and two years of collegiate tennis experience. Born in Richmond, Thomas spent 8 years in Memphis, Tennessee attending school and working before joining us at HHCC. Thomas spent two years at Northwest Mississippi Junior College before receiving his Bachelor's degree in Fine Arts from the University of Memphis. Thomas spent the first 3 years of his teaching career at the Country Club of Memphis, which has been repeatedly voted as one of the top 10 Country Clubs in the country. He spent his first two years at MCC as an assistant and quickly worked his way to being a teaching professional on staff. Thomas spent his last year in Memphis running a public tennis center for a non-profit organization as well as coaching in a high performance academy directed by world renowned coach Steve Smith. Thomas specializes in high performance juniors as well as technical work for players of all ages.